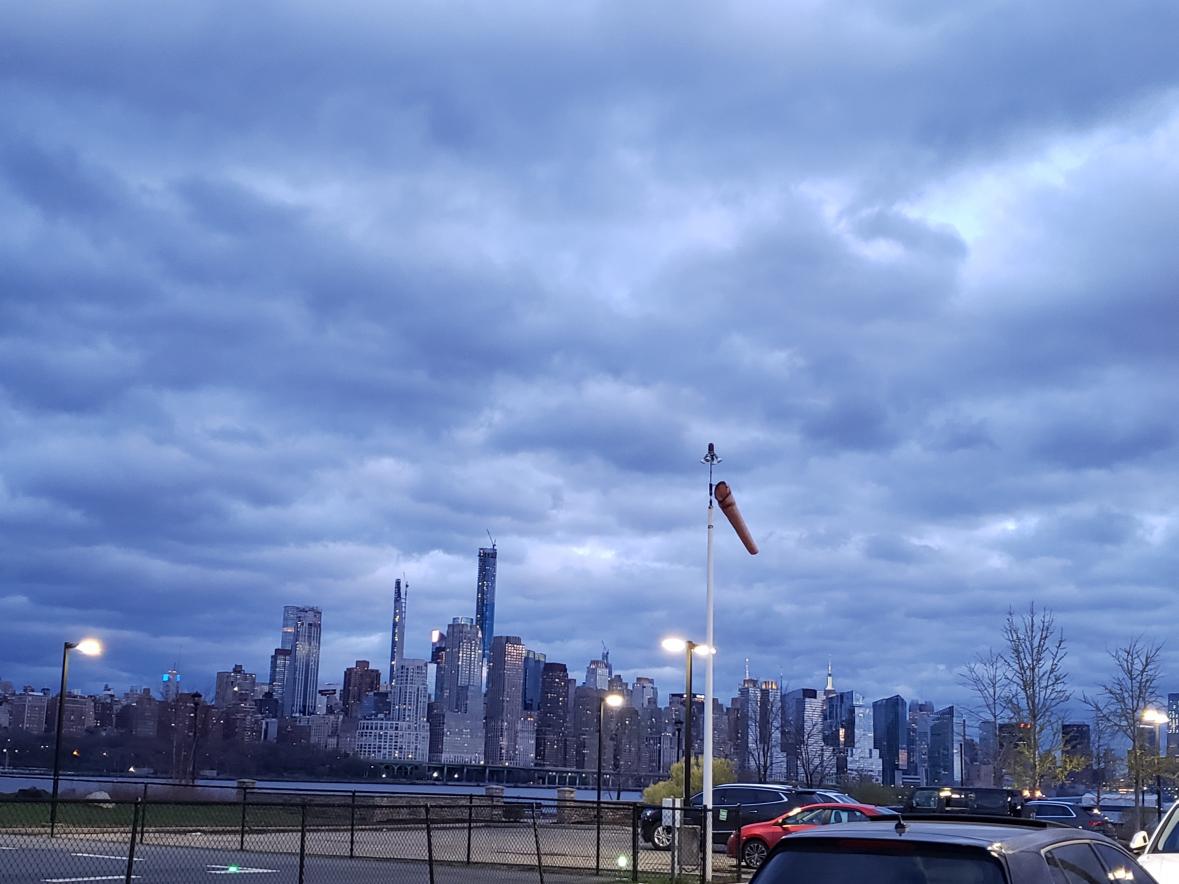 While most Americans were hunkering down at home and sheltering in place in the face of the global pandemic caused by the novel coronavirus, Denise Skradski of Butler County was doing what she was trained to do by jumping headfirst into a COVID-19 hotspot.

Skradski, a certified registered nurse anesthetist (CRNA) for 14 years since graduating from the University of Pittsburgh in 2006, recently returned home after spending more than two weeks at a hospital in North Bergen, N.J., the epicenter of the viral outbreak in the Garden State.

“I was having a hard time watching the medical providers struggle, and I knew I had a service to offer. I knew my skills could be used best in New York or New Jersey, where the need was so great,” said Skradski, who worked for Allegheny Health Network before recently going into independent practice.

“They needed CRNAs. They needed our skillsets,” she said. “And I was fortunate enough to have the support of my family to be able to go.”

Not that there was much of a family discussion. Skradski’s decision was made. “This is what I do,” said the wife of 25 years to her husband and two sons, 18 and 20, when they asked her why. “I take care of people who need to be taken care of. They know that about me.”

Skradski worked as part of an intubation team, while also placing central lines, arterial lines, triple lumen catheters, intravenous catheters, and more. When a patient was in respiratory or cardiac distress and needed resuscitation, Skradski was part of the team that led other medical professionals in what to do to save them.

New Jersey, unlike Pennsylvania, formally recognizes certified registered nurse anesthetists and allows them to practice to the fullest extent of their education and training.

Pennsylvania is one of just two states that fails to formally recognize CRNAs in some form. Because there is no definition for “certified registered nurse anesthetist” under the state’s Professional Nursing Law, CRNAs are recognized only as registered nurses, not as CRNAs.

Pennsylvania also requires physician supervision of a CRNA in a hospital setting. During the pandemic, the Centers for Medicare and Medicaid Services removed the national physician supervision requirement and encouraged states to do the same. States like New Jersey, New York, West Virginia, Maine, Michigan, Arizona and others acted to remove barriers.

Both requirements remain in place in Pennsylvania, which is part of the reason why Skradski went to New Jersey --- to put her full skillset to use to help others rather than sitting at home in Pennsylvania were outdated laws limited her ability to fight the virus.

“What I did in New Jersey, well, I have actually been encouraged not to use those skills in the state of Pennsylvania,” Skradksi said.

What she did in New Jersey was work 14 of 17 days from April 8 to April 26, in 12-hour shifts, while staying in isolation during her down time at a nearby hotel reserved for other medical professionals who came to help from across the country.

The days were anything but typical. There were three or four CRNAs on every 12-hour shift, with at least eight intubations a day. She responded to eight to 10 codes per day, putting in anywhere from three to 10 central lines, in addition to consulting with ventilation management

Before she left, unfortunately, 70 percent of her patient encounters had died, and that number may rise still because Skradski only worked with sickest and most acute individuals, many of whom remained in the hospital as she prepared to end her shift to come home.

“The hardest part, honestly, was that people were passing away and that their families weren’t able to be with them,” she said. “Most of the patients were either taken to the hospital by ambulance or dropped off at the ER, and they never saw their families again. It’s hard to think about.”

The hospital had restrictions on visitation to prevent community spread.

Skradski is at home with her family, self-quarantining for two weeks. She has not been tested for COVID-19 but remains without any symptoms.

Since being home, the conversation has shifted about how thankful she and her family are to live in an area outside Freeport, Pa., that didn’t experience the same devastation as other locations.

“They’re thankful that I went, and I satisfied something I needed to do,” she said.

Skradski hasn’t ruled out going back, if the need remains great and staff support is needed. But her real hope is that Pennsylvania will finally learn from the native daughter who had to travel to another state to put her full skillsets to use.

“Pennsylvania should look at this situation and recognize how valuable and cost-effective CRNAs are in terms of patient care and health and safety,” she said. “I’d love for the politics to be put aside and for people to look at who’s actually doing the job here and respect us for what we do.”